Oh it was a wet day 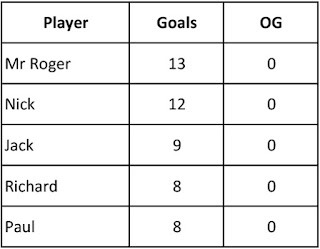 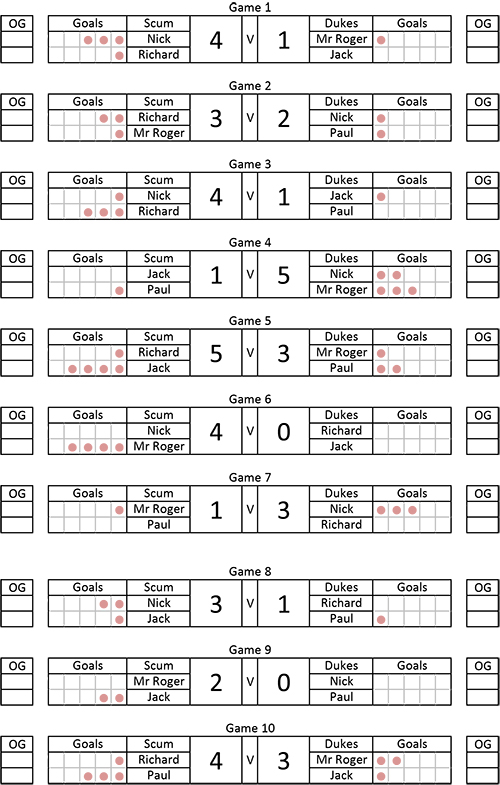 This week is sees the last session of the Summer Season and as it is still Summer the weather forecast is not looking good and we are expecting heavy rain all afternoon.
With only 5 points separating Kol “The Statsman” and Richard “Long Mallet” at the top of the table today was all set up to be an epic final battle for top spot. Unfortunately Kol decided that last week was a good time to damage his wrist and prevent himself from playing polo for the foreseeable future. This leaves it all in Richard’s hands now. He just needs 6 points to win so unless he has a disastrous day it looks like he will be crowned league champion.

Today also sees the return of “The One And Only” Mr Roger. Although having a two week break he has still managed to hold onto third place. Will he still be in third at the end of the day. Nick “The Shouty One” is only 10 points behind and a good performance from him today could see Mr Roger knocked out of the top three. It’s going to be an interesting afternoon so dig out your umbrella’s and .....
LET’S PLAY POLO!
Posted by Hull Bicycle Polo at Sunday, July 26, 2015 No comments:

Another great session. It's going to be a very interesting last session of the season next week. Well done everyone. 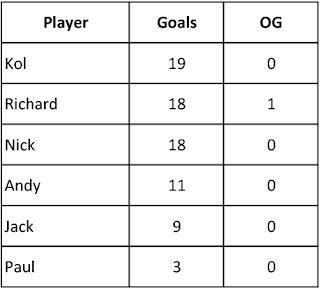 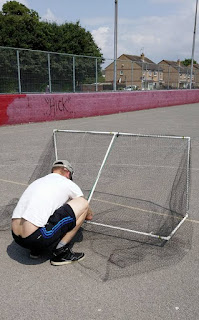 Last week also saw the long awaited return of Paul “Worm”. After a shaky start he soon got back into it and started scoring goals and just generally getting in the way. It’s good to have you back Worm.
Posted by Hull Bicycle Polo at Sunday, July 19, 2015 No comments: 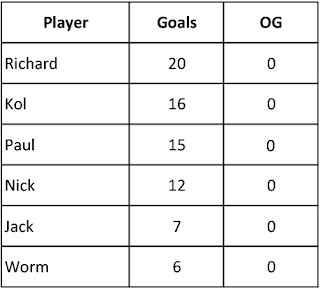 Ode to a Rainy Day

When five polo players knocked the ball about,
Down came the rain and washed the players out,
Hid in a van ‘til the sunshine dried up all the rain,
So 5 grown men could play polo once again. 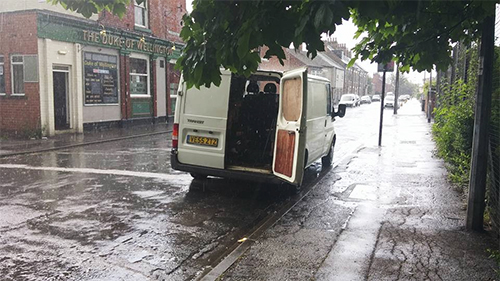 Only five of us but an excellent session. 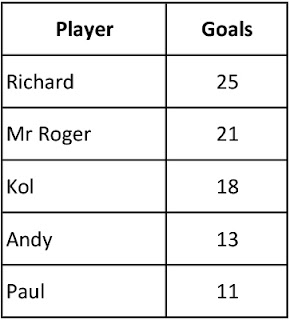 Gandhi, The Goal and Giggles

Last week saw the return of Andy “Gandhi”. The cheeky chap soon showed us that tossing it off at uni can dramatically improve your bicycle polo skills. I don’t think that he fell off at all which is a vast improvement for Andy. After scoring a hat trick in his first game he continued with his excellent form and went on to win the session without losing a single game. Well done “Gandhi” it is good to have you back.

Andy’s victory was overshadowed by another poloist returning to the court after a prolonged absence. Will “Crappy Foot” came back to the court possible to show off his turning skills but more importantly to score the best goal of the session. Kol “The Statsman”, “The One and Only” Mr Roger and Will were 4-2 down against “The Shouty One”, “Gandhi, and “Young Jack”. Disappointed by the score line Mr Roger said “Come on, we can do this” and as he crossed the halfway line he made a quick pass to Kol who made an even quicker pass to Will and then the magic happened. A first time shot from “Crappy Foot” saw the ball fly straight in to the back of the net (We don’t have any nets but you get the idea).  It was a cracking goal and also the best passing move of the day. Well done Will. 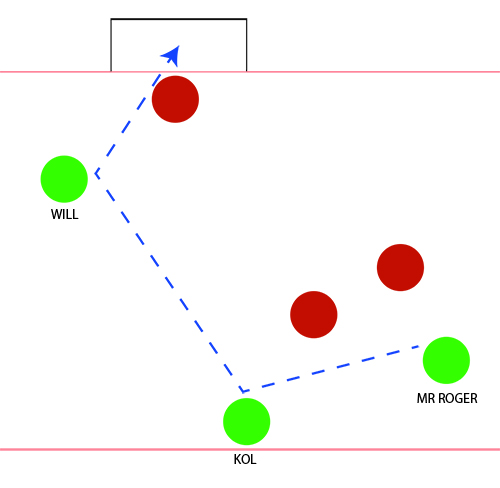 Now then I think it must be about time that we enforced a “No Giggling” rule on the court.  “Young Jack” I’m directing this at you. Nick had to borrow Andy’s bike after his freewheel broke. Now “Young Jack” found the idea of Nick riding Andy’s bike very amusing and started to giggle but after Nick nearly rode straight into the wall shouting “Your brakes don’t f&$%^ng work” Jack fell to pieces. His giggling became so uncontrollable the he could hardly ride his bike and eventually fell off. It was amusing but that was far too much giggling for one person.

It has been arranged for the weather to be a bit cooler today. Hopefully this will stop Richard “Long Mallet” from leaking all over the court again.
Posted by Hull Bicycle Polo at Sunday, July 05, 2015 No comments: