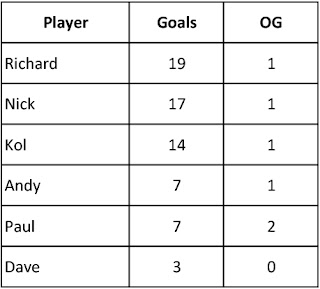 Posted by Hull Bicycle Polo at Sunday, August 30, 2015 No comments:

What a session it was last week. We had plenty of sunshine, lots of cracking goals and some cheeky passing moves but possibly the day’s unforgettable incident was a bit of mallard to head action involving Young Jack and Andy “Gandhi”.

Young Jack and Andy “Gandhi” were in a heated cheek to cheek goalmouth battle for the ball. Gandhi was putting some excellent defensive work and was doing a great job facing up to Jack’s wafting and giggling as Jack frantically tried to get the ball into the back of the net. Jack’s over enthusiastic style soon caused chaos as his mallet went cutting through the ball and straight into Andy’s face. Even though it was only Andy play stopped immediately and “Guinness” Dave (aka Nurse Beckwith) was straight in there with his baby wipes. Gandhi was soon cleaned up and back on his bike. Luckily Andy and Jack didn’t have a face off and Andy showed he was man enough to turn the other cheek and went on to come second in the session. Very well done Andy.

There was another incident that day but it is one we have vowed never to be mentioned or discussed ever again. Needless to say everyone who played last week needs to brush up on their “Spot The Ball” skills.

On the face of it a great day was had by all. After all we must be doing something right as we didn’t scar, kill or maim anyone. 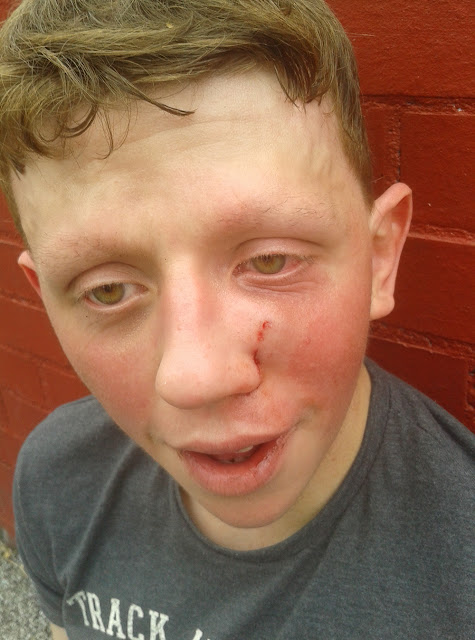 Posted by Hull Bicycle Polo at Sunday, August 30, 2015 No comments:

Another great session well done everyone. A special well done to Andy who managed to come second despite having half his face ripped off. We even managed to get a quick game of spot the ball in too. 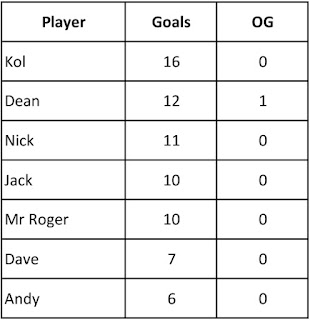 Posted by Hull Bicycle Polo at Sunday, August 23, 2015 No comments:

Back From The USA

Two weeks ago saw the welcome return of Dean “Double Dean” Dent.
After taking America by storm he was soon back in the saddle knocking his balls all over the court.
He even treat us to some of his classic 360o moves.
Not distracted at all by Young Jack’s incessant giggling Dean went on to comfortably win the session. 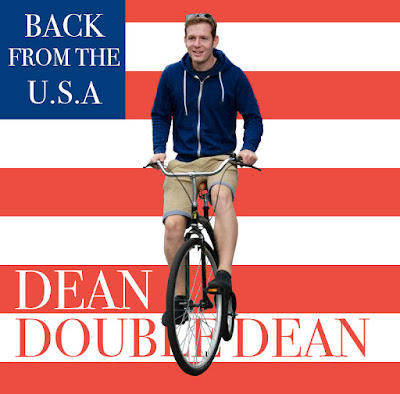 Despite giggling, being easily distracted and having a complete disregard for the rules Young Jack put in an excellent performance and was the top goal scorer with 13 on the day. He even managed to get four goals in one game (gready f@&*kr).  PC Paul “The Hard Court Sheriff” also had his shooting head on and came a close second with 11 goals.

In a tough battle Richard “Long Mallet” just pipped Mr Roger “The One and Only” to third place. Guinness Dave made his return after a very long absence. I think maybe he’s not been drinking quite as much Guinness as he should have as he only managed to win one of  his games. Let’s hope he does better this week. More Guinness Dave.

As always well done to everyone who turned up and made it another great Sunday.
Posted by Hull Bicycle Polo at Sunday, August 23, 2015 No comments:

We have a brand new website. Why not check it out. 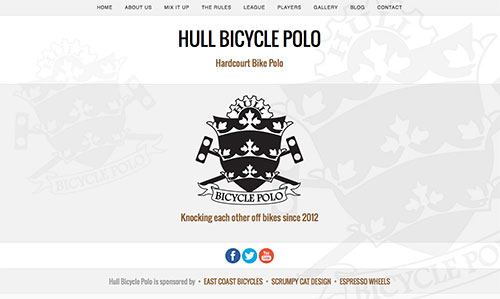 The site was designed and built by our very own "Statsman" Kol.
Check him out at Scrumpy Cat Design
Posted by Hull Bicycle Polo at Saturday, August 15, 2015 No comments:

What a great start to the season. Well done everyone. 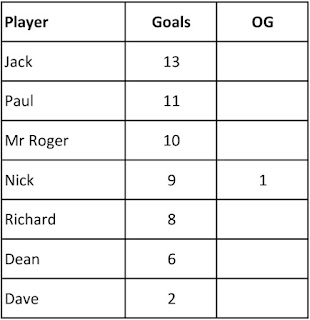 Posted by Hull Bicycle Polo at Sunday, August 09, 2015 No comments:

So we had a week off. Yes just one week. That’s one session but it seems like forever. Hopefully everybody should be rested and those who got very wet last time should have dried out by now.

The last session of the Summer Season was very very wet indeed but Richard, Nick, Jack, PC Paul and Mr Roger all braved the weather and played what turned out to be one on the best sessions of the season. Kol “The Statsman” who had read ALL the rules reffed the session and surprisingly received very little abuse from the players. Still injured, Kol will be once again reffing today and he even has a whistle. So watch out the rules will be enforced.

At the end of the day Richard “Long Mallet” and Nick “The Shouty One” could only be separated for the top spot on goal difference . Well done both. Perhaps if “The Shouty One” hadn’t have come off his bike and landed arse first sideways on his saddle he may have won the day. In other news Young Jack wore a nice shade of blue.

After this performance Richard “Long Mallet” went on to win the Summer League. Kol although not playing the last session managed to hold onto second place and Mr Roger did just enough to keep his third spot. A great season. Well done everyone.

Today sees the start of the Autumn Season. The weather forecast is good.