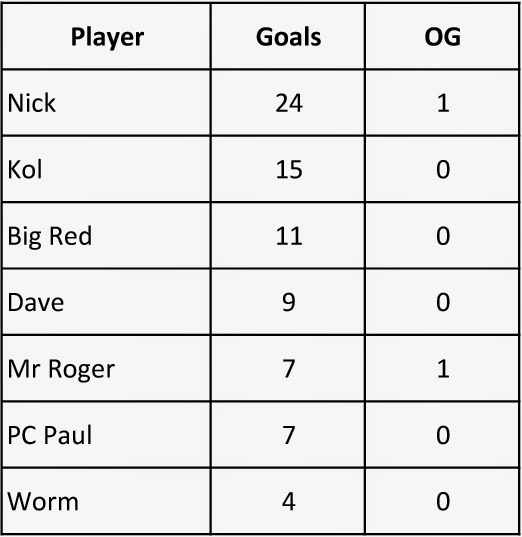 Posted by Hull Bicycle Polo at Sunday, September 28, 2014 No comments: 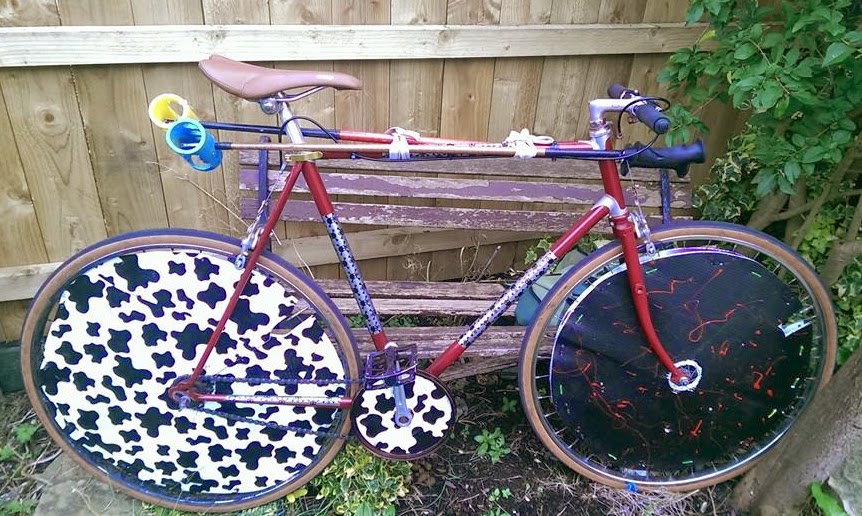 Last week PC Paul turned up on his newly built steed. “Mad Cow” was a spectacular looking piece of engineering and immediately caught the attention of the other players.  Jesting, Kol “The Statsman” said “That’s cool...... I’m sure we’ll break it!”. Unfortunately for  PC Paul “Many a true word is spoken in jest” and later on in the day Kol crumpled Mad Cow’s rear wheel in a slow motion coming together. Some said that his wheel was “as bent as a nine-bob note”, others said “It’s twisted like a pigs ...... er ..... tail” and I’m sure I heard one of the younger players say “It’s F••••d”.  Kol did a bit of wheel surgery (kicked it) and got the wheel moving again (just). 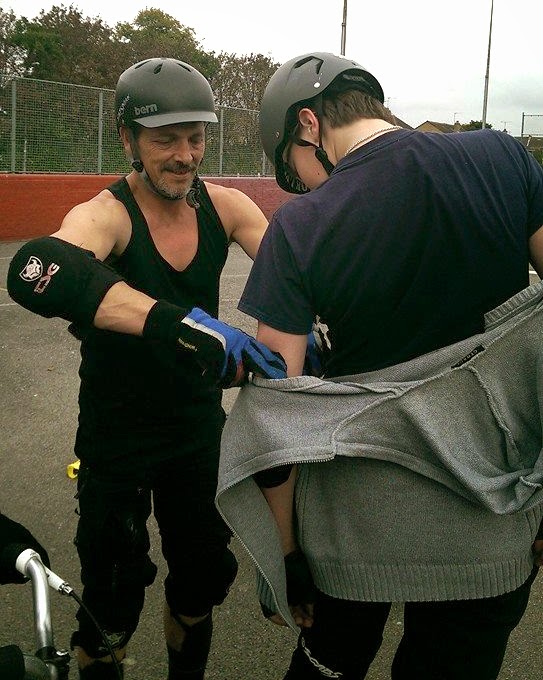 It wasn’t Paul’s day. A minor tumble saw his leg cut and his pride dented. He was also struggling to concentrate. He said “All I could hear was Young Jack chasing Kol around shouting “I’m coming up your back”. Nobody really knew what Jack meant but he did make himself laugh.

Later Kol had to show Jack how to put clothes on. It is amazing how the youth of today can understand and used incredibly technology but they can’ put on a simple zip fronted, armless, hooded cardigan.


MR ROGER “The one and only” STUFFED US ALL AGAIN

Posted by Hull Bicycle Polo at Sunday, September 28, 2014 No comments: 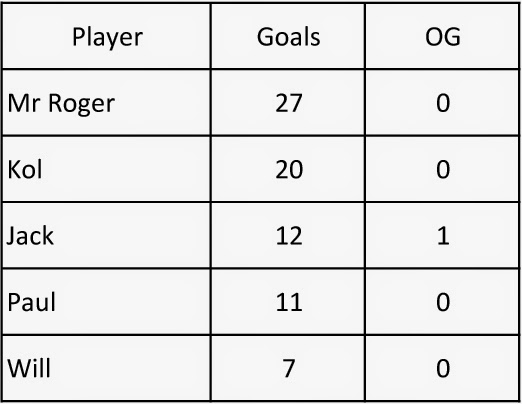 Posted by Hull Bicycle Polo at Sunday, September 21, 2014 No comments:

Return of "The One and Only"

Mr Roger produced an excellent performance last week to win the session by a clear 3 points.  After a slow start he soon got into the swing of things. Although he complained of not scoring many goals earlier in  the session, he went on to be the days top goal scorer with 16 goals. Well done Mr Roger.

After finding his form the previous session and with a new bottom bracket and crank set Dean “Double Dean” Dent was determined to do well last week. He didn’t let us down and put in an impressive performance to come second on the day. Dean has been formerly excused this week due to “work commitments”. In a statement he said “I think after a 1st and a 2nd I have done well enough to be excused from beating everyone all the time”. How rude?

"Guiness"Dave seemed to playing his own version of the game on Sunday. If the idea of the game was to put your foot down then Dave would have won by a mile.  At least his chain didn’t come off last week.

Will “Crappy Foot” Fish put in his best performance of the season and although he only scored 6 goals, they were all pretty spectacular. Although PC Paul came last on the day his performance didn’t reflect the result. With some great moves and excellent passing he deserved more. Well done both!

Well that’s it for this week although I am sure there was another incident last week ..... now then ... what was it? ... Ah the nagging pain at the bottom of my leg has reminded me. Kol “The Statsman” (me) now holds the record for the fastest falling off ever. A super fast joust followed by a ball under the front wheel saw Kol upside down with his bike tangled round his leg. This was just 4 seconds into the first game. Afterwards Kol said “It was quite a controlled dismount but then by bike decided to try and eat my leg”. Kol survived the incident and went on the come third.

Let’s hope everyone stays on their bikes this week.

Wasn't that a jolly session? 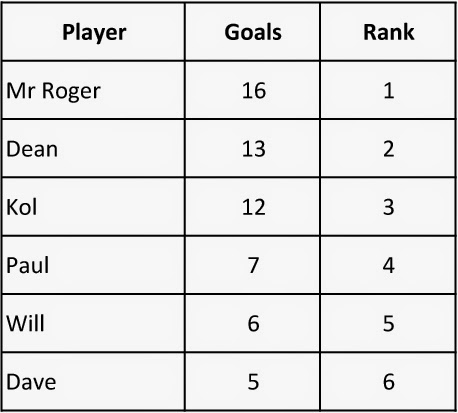 Posted by Hull Bicycle Polo at Monday, September 15, 2014 No comments:

How Close Was That? 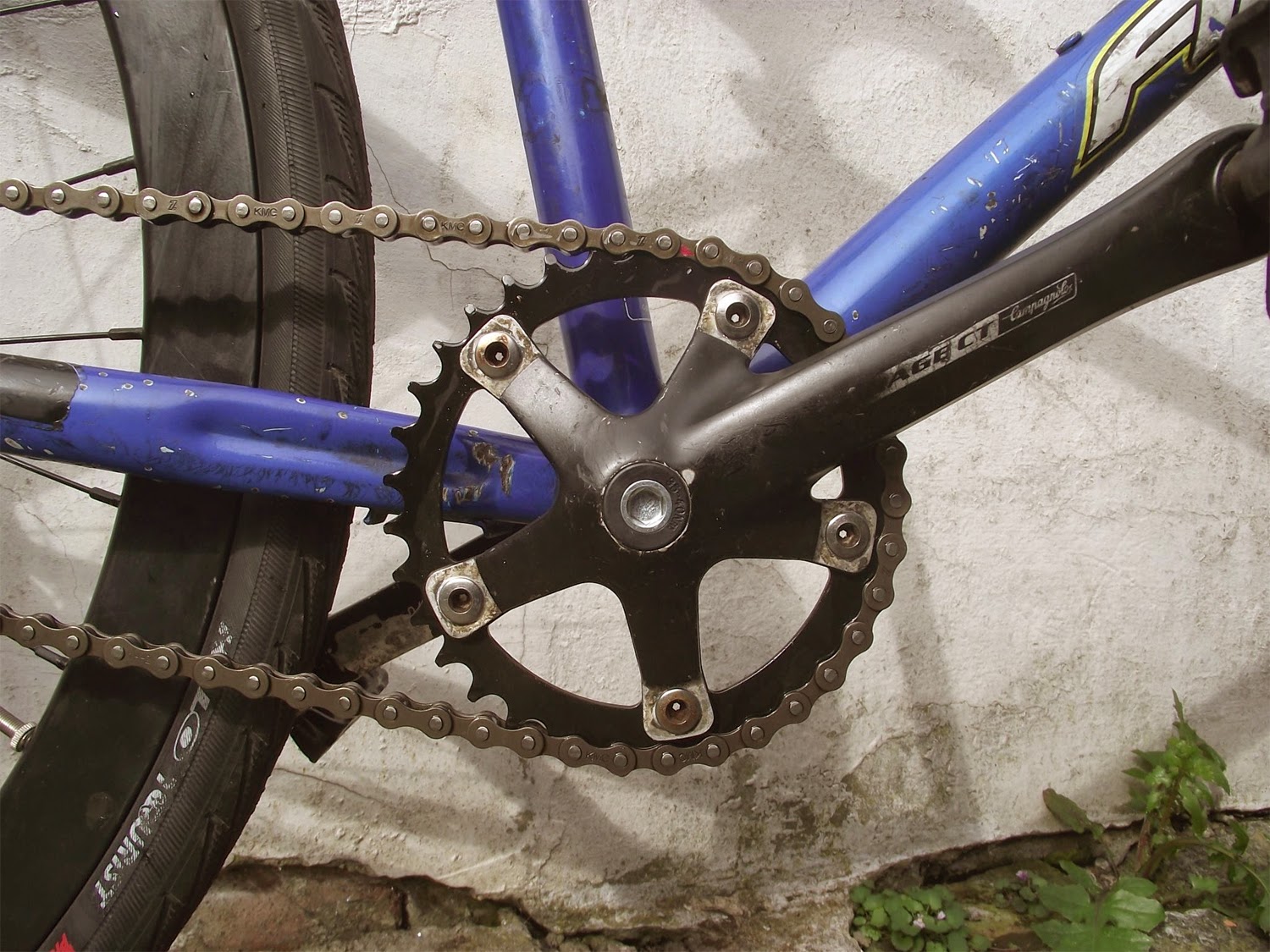 Dean “Double Dean” Dent won last week but boy was it close. Bonus points meant that Dean and Kol were tied for top spot on 23 points. Dean just took it on goal difference beating Kol by just 2 goals. Dean was also riding on a rather broken bicycle. Imagine how well he would play on a bicycle that works properly. Kol and Young Jack have now repaired Dean’s bike and it works better than it ever did. In a statement Kol said “Why the f**k did we do that. Now he’s going to be even harder to beat”. Well done Dean.

The least said about Guiness Dave’s performance last week the better. Dave may use the excuse that his chain kept falling off but we really know that his performance was so poor because he hadn’t had enough Guiness.

Andy “Gandhi” has played his last game for HBP for a while as he has moved to York to do a Masters in Computer Science. Would you beleive it... our Andy’s off into the big wide world to get all learned up and stuff. The conspiracy theorists have been hard at it. One theory is that a collection was made by Hull Bicycle Polo players and the money raised was used to bribe the university to take Andy “Gandhi” and keep him for a minimum of 3 years. Another theory is that Andy has actually been exiled to York for his crimes against bicycles. He will only be allowed to return to Hull when he stops falling off his bike.


Whatever the reason was for Andy Gandhi has moved to York we wish him all the best. We will miss our little curly haired, red faced boy.
Posted by Hull Bicycle Polo at Sunday, September 14, 2014 No comments:

Another great and very amusing session 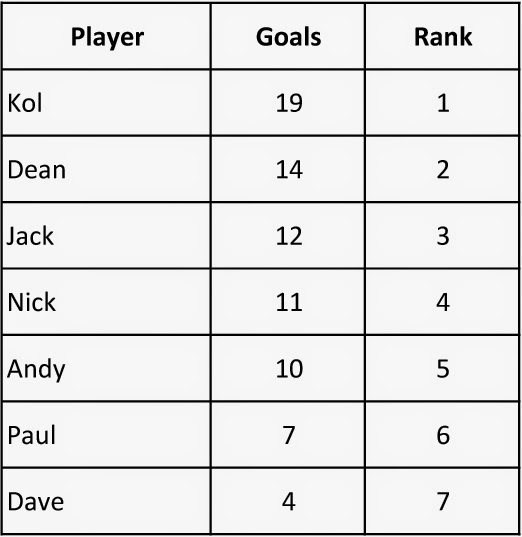 Posted by Hull Bicycle Polo at Sunday, September 07, 2014 No comments:

Only a handful of players managed to make last weeks session and what a session it was. Due to low numbers Mr Roger, Andy, Will, PC Paul and Kol had to play a whole load of 2 on 2. Madness ensued!

It suddenly became a goal fest. Mr Roger & Kol both got hat tricks. PC Paul scored 4 goals in a cracking 5-3 win with Kol against Mr Roger and Andy while Andy got 4 goals in a 5-0 whitewash with Kol over PC Paul and Will. Now this could either mean that Kol “the statsman) is and excellent team player and his passing on the day was outstanding or that PC Paul and Andy “Gandhi” are just greedy f****rs.
83 goals were scored on the day (including PC Paul’s OG).

Now let’s move on to the MADNESS OF WILL “CRAPPY FOOT” FISH. Somehow Will only won one game out of the twelve he played. He didn’t play (too) badly, he didn’t do (too many) stupid things, he didn’t put his foot down (much) but he didn’t win (a lot). TOTAL MADNESS.

At the end of the day Kol came top closely followed by Andy. Mr Roger (despite having his ribs broken by Andy early in the session) managed to hold on to third spot. PC Paul got fourth whilst way, way ,way ,way, way way down at the bottom of the table was Will in fifth.

It was a great session. Lets have another one this week with a few more players. The madness of 2v2 almost destroyed us all. Let’s Play Polo!!!!!!
Posted by Hull Bicycle Polo at Sunday, September 07, 2014 No comments: