A Vid by Double Dean


Posted by Hull Bicycle Polo at Thursday, January 29, 2015 No comments:

What a great end to the season. 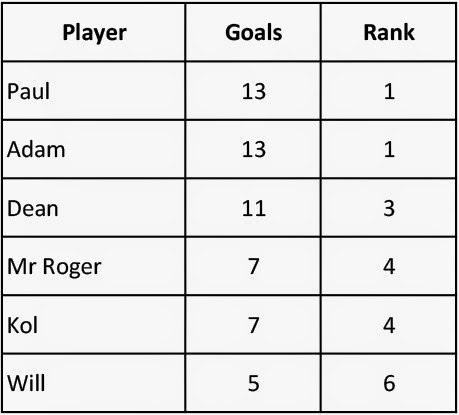 Posted by Hull Bicycle Polo at Sunday, January 25, 2015 No comments: 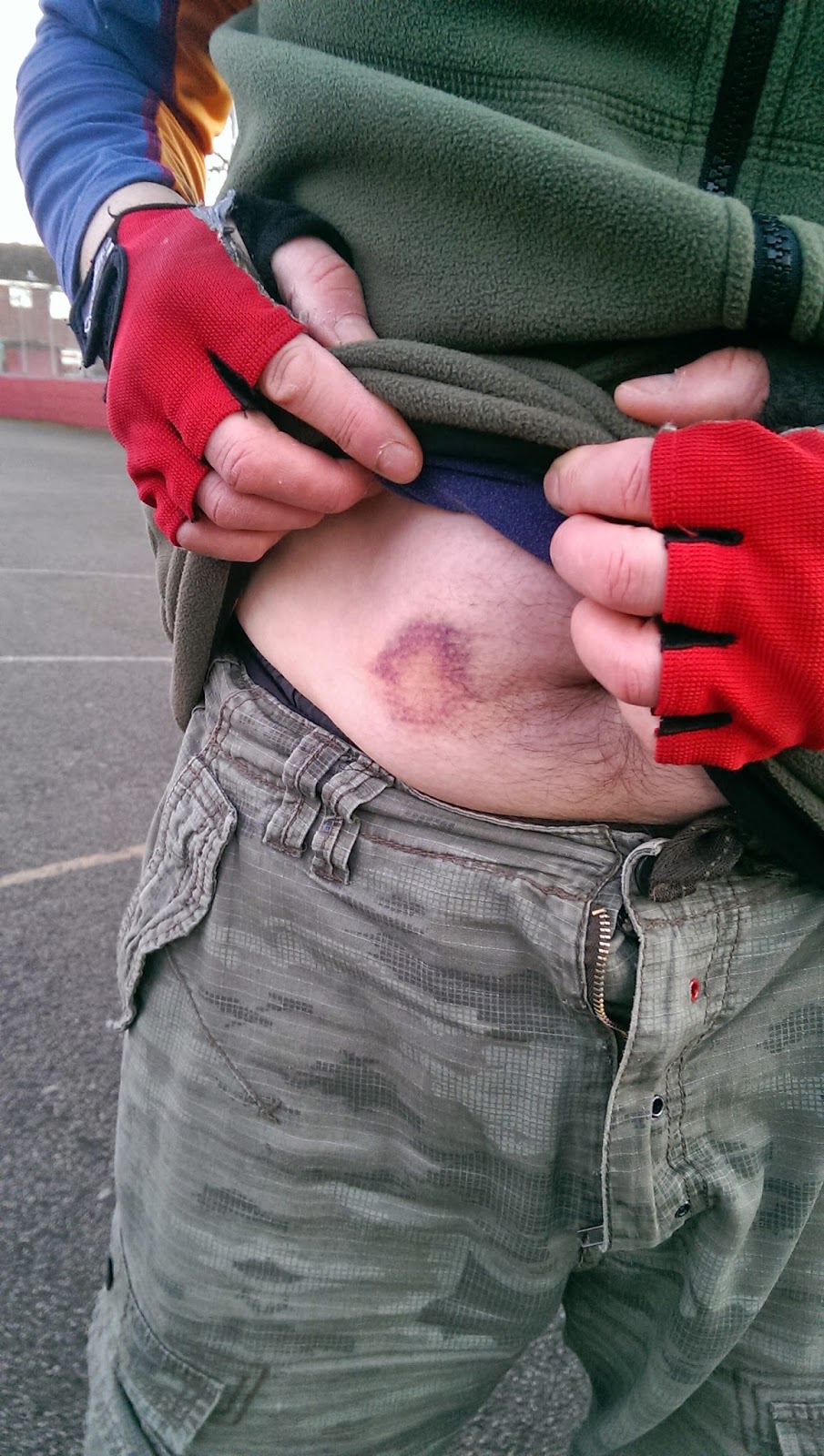 Today is the last session of the Winter Season. It has been an excellent season with lots and lots of spectacular goals and great team play. We must be getting better as we have not had as many injuries this season as we normally do. Could it be that our skills have improved. Could it be that we are just avoiding each other or could it be that Adam “The Workaholic” has only played 2 sessions this season and just hasn’t had the chance to knock us off our bikes yet.

Last week saw Dean “Double Dean” Dent eventually find his form and get a well deserved 2nd place on the day. Nick “The Shouty One” just beat him to top spot and a bad week for Mr Roger “The One And Only” saw Kol “The Statsman” go 12 points ahead at the top of the Table.  A good result for PC Paul today could see him challenging for 3rd place. Its still all to play for.

So tweak your bikes, polish your mallards, come on down and Let’s play polo.
Posted by Hull Bicycle Polo at Sunday, January 25, 2015 No comments: 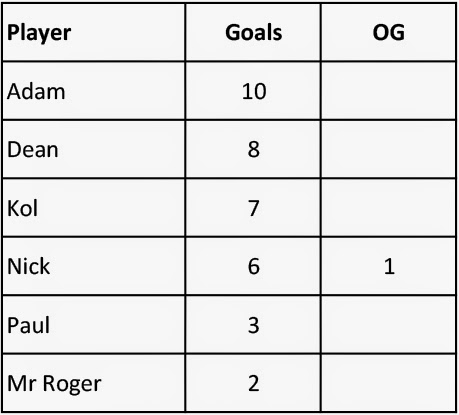 Posted by Hull Bicycle Polo at Sunday, January 18, 2015 No comments:

Did anyone notice Adam is back?

I don’t know if anyone noticed but Adam “The Workaholic” returned to Hull Bicycle Polo last week. His return did seem to go by unnoticed as he slipped quietly into his games. Nobody noticed his excellent passing or  his very impressive goals. Nobody noticed him winning all his game and scoring all those goals and nobody noticed him running them of their bikes and leaving them in a heap on the floor. All in all Adam’s performance went by pretty much unnoticed. Even winning the session and becoming the top ranked player seemed to go by without anyone spotting it. We do apologise for not noticing your excellent performance last week and we shall endeavour to pay more attention to you this week. Well done Adam.

Possibly the most noteworthy event from last week was Dean “Double Dean” Dent’s return. After not playing for four weeks he soon got back into the swing of things. By the swing of things I mean the stuff he does at the other end of the court when everyone else is busy with the game. It was all worthwhile in the end and by the end of the day his 360 degree pivot back spinning thingy was perfected. Unfortunately practicing this during match play did have an effect on his performance. Well done Dean you spin yourself right round baby...  like a record baby ... right round .......... right round.

In other news Young Jack almost removed Nick “The Shouty One’s” shoulder from its socket in a head on coming together. Will “Crappy Foot” Fish practiced some more turning and circling. PC Paul just wanted to get close to everyone and a poor performance from Mr Roger “The One and Only” sees Kol “The Statsman” go 9 points clear at the top of the table. There are also rumours that “Guinness” Dave will be returning this week. Bring on the polo.
Posted by Hull Bicycle Polo at Sunday, January 18, 2015 No comments:

Did anyone notice that Adam is back? 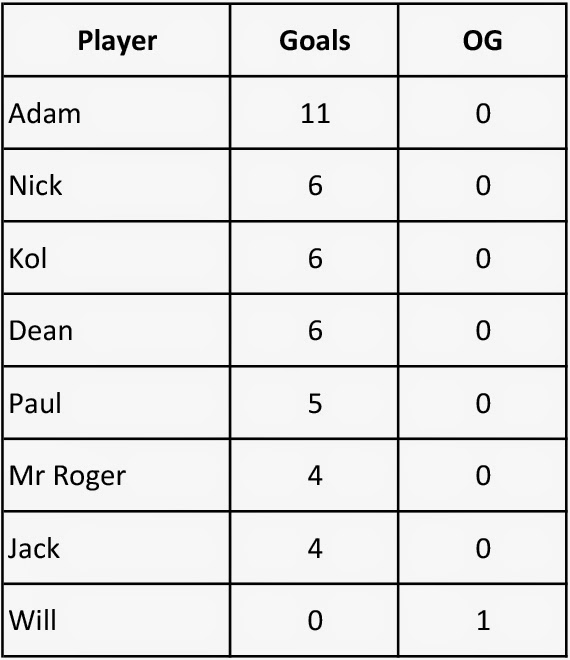 Posted by Hull Bicycle Polo at Sunday, January 11, 2015 No comments:

Young Jack “The River Horse” certainly showed what he was made of last week but we all found that rather disturbing so he went on to show us how to play polo instead. After a couple of 5-1 defeats Jack soon got his game together and went on to win 9 of his 12 games. Scoring 13 goals and running rings around the rest of us, Jack was definitely the star of the day. Well done Jack on an excellent performance.

What a goal fest it was too with 70 goals being scored on the day. Kol was the top scorer on the day with 19 goals closely followed by PC Paul with 17. Both players also managed to score 5 goals in a game. Not the same game. That would be madness and also impossible. Some people may say that this was the two of them being ‘a bit greedy” but it was all down to impressive support play from Mr Roger and Young Jack.

Nick “The Shouty One” didn’t play last week but he did come down and put his shouting into practice by refereeing all the games. Although he did  constantly complain about the cold he did an excellent job.

With only three weeks left of the winter season it is very tight at the top of the league table. Mr Roger “The one and Only” and Kol “The Statsman” are both on 117 points. Mr Roger just edging in front on goal difference.

Both Mr Roger and Kol are on 60% performance too. Can anything separate them. The next few weeks should be very interesting indeed. If Jack plays the way he did last week he could be contending for the top spot too. Exciting times.

Right I think I’ve mentioned everyone who turned up last week. Let me see... there was Nick, Mr Roger, Kol, Jack, PC Paul ... oh and Carl came along and watched a few games. 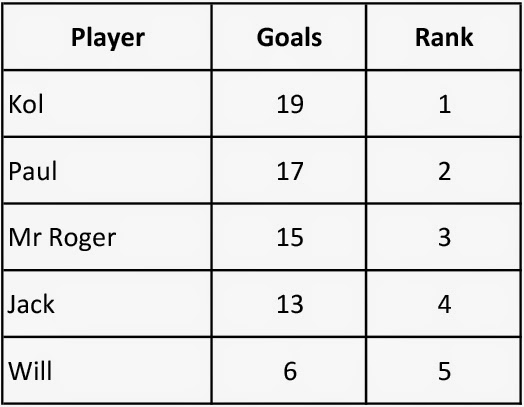 Posted by Hull Bicycle Polo at Monday, January 05, 2015 No comments:

What A Great Year! 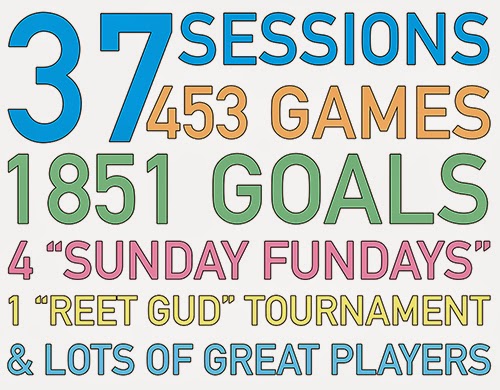 Thanks to everyone who makes this happen: