Well done to everyone who played during the Summer Season. Its been great fun with great goals, some excellent teamwork and lots and lots of falling off. Well done to Nick who wins the league for the second time and congratulations to Big Red and Kol for their second and third places. Although Big Red didn’t get the top spot in the league, he still managed to retain his #1 ranking. 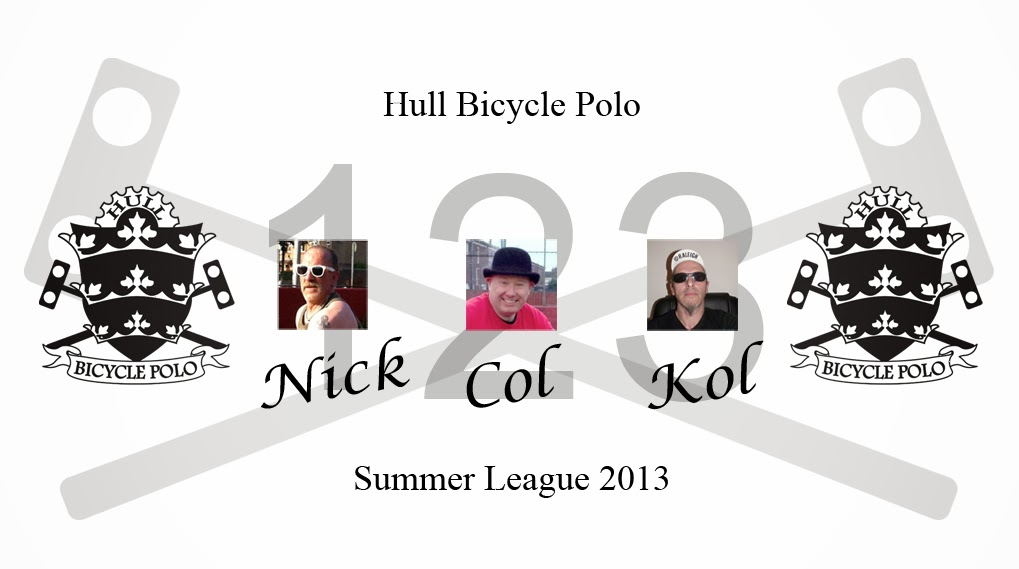 After the excitement of last weeks final session of the Summer Season, this week we take it easy. An afternoon on fun and frolics. Bring your drinks & snacks. Its going to be a very civilized afternoon with lots of fun and games. Everyone welcome to come and have a go

Expect the unexpected and don’t fear the unknown.

What a great final session of the Summer Season. Well done everyone.

Posted by Hull Bicycle Polo at Sunday, October 06, 2013 No comments:

This is it, the final session of the 2013 Summer Season and its still very tight at the top. After Nick’s devastating defeat last week, coming 9th out of 9, Big Red moves into the top spot. Going in to today’s session Big Red now leads Nick by  6 points. Nick and Big Red seem to have got 1st and 2nd spot firmly in their grasps. Will the “Shouty One” see Big Red or will he just see red. Its going to be a tough battle between them today. 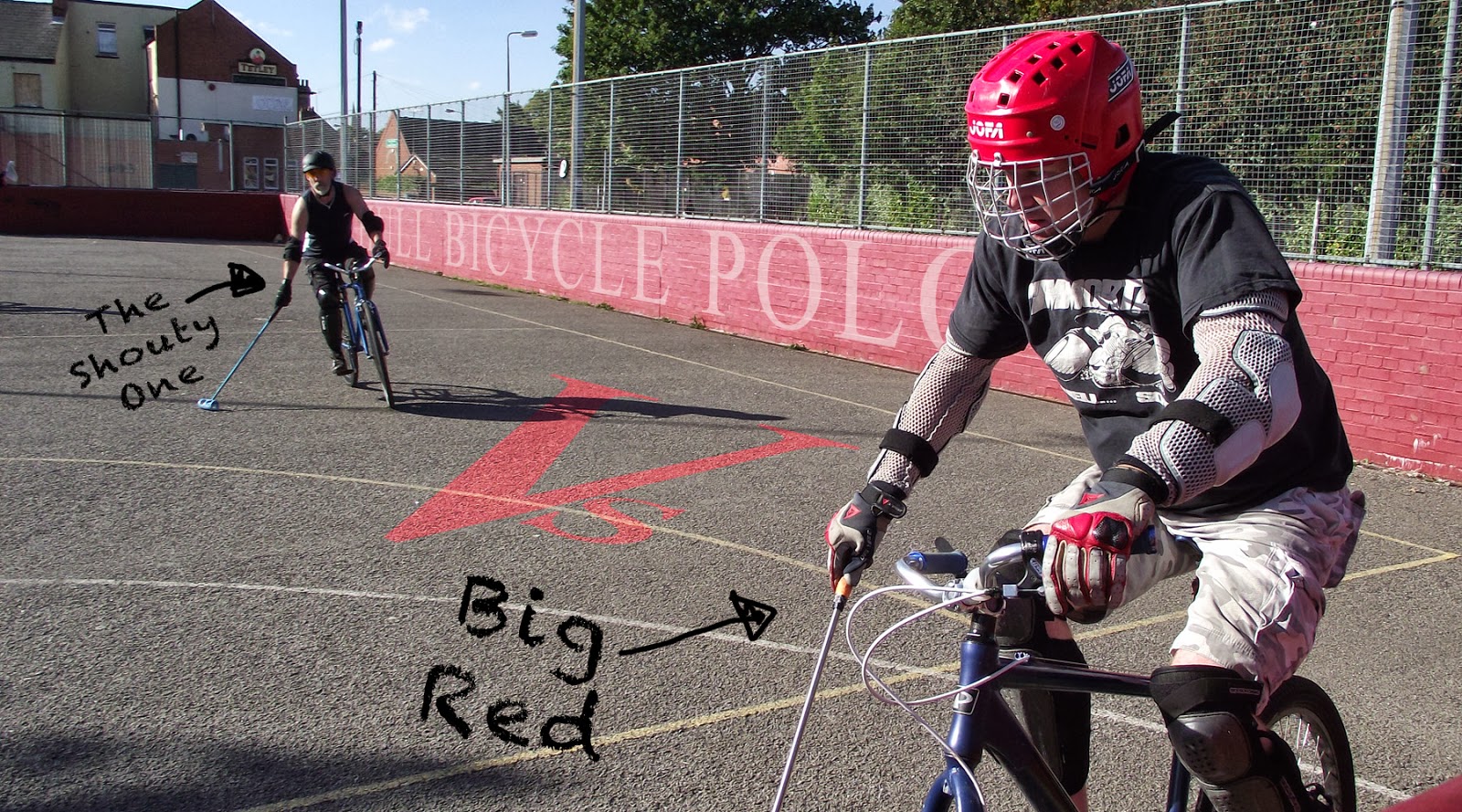 3rd and 4th spot are being competed for by Mr Roger and Kol. Both on 168 points with Kol just leading on goal difference. Will Kol be on form today and will he put Mr Roger in a corner. It seem unlikely as we all know Nobody Puts Mr Roger in a Corner apart from Mr Roger himself.

5th and 6th places are being fought for between Young Jack and Dean “Double Dean” Dent. Jack is currently leading by 9 points but after Dean’s emphatic win last week  anything is possible. Going from last place in the previous session to first place in last weeks session, Dean has proved that he has the ability but not necessarily the consistency. Can he pull it out of the bag again today or will Young Jack be on fire again and retain his 5th place.

This week also sees the return of Bryan “heads up” Berue. After taking what seems like the whole summer off from Polo, will Bryan have forgotten how to play or will he just fall off a lot. Oh... I remember now .. that’s how he used to play. Looking forward to seeing you back on the court Bryan.

Another Newbie will be joining us today. After several weeks of persuasion Dave has finally bit the bullet and decide to join us. Let try to be kind to him on his first day and not break him.

BRING ON THE POLO
Posted by Hull Bicycle Polo at Sunday, October 06, 2013 No comments: