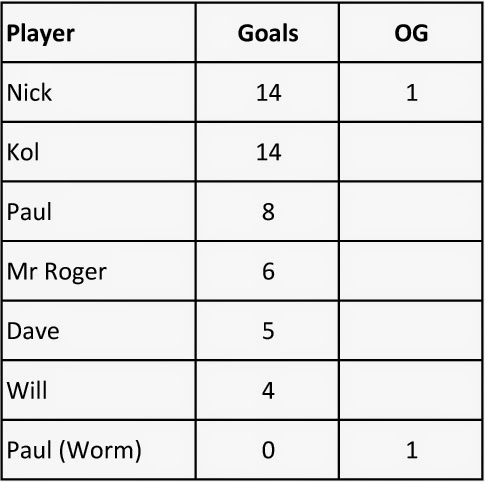 Posted by Hull Bicycle Polo at Monday, October 27, 2014 No comments:

Last week saw Mr Roger “The One and Only” come top for the third time this season. Newbie Darren (we really need to get him a nickname) came second on his debut and even managed to score a goal. Well done Darren. It was rather a strange session with 8 out of the 12 games ending in draws and 6 of them finishing 2 all. Well done everyone

Today sees the last session of the Autumn season and what an interesting and exciting season it was. Lots of great goals, some cracking team play but most of all lots of spectacular falling off. The volume of falling off did decrease after Andy “Gandhi” left us and moved to York. “Guiness” Dave briefly tried to fill the gap that Andy left and although he made a valiant effort he just didn’t deliver the consistency and style of falling off that Andy demonstrated every week.
We also saw newbies Paul “Worm” and Darren (still no nickname) join us plus a brief return by Mike and the long awaited return of Big Red. We may have to find a new name for Big Red as he is no longer big and is not quite as red as he used to be.  I kind of like “Slimly Pink” but I’m strange like that.

As a special treat Mr Roger has invited us all to an “End of Season Tea” at his house after polo today. At last we’ll get to taste some of Mr Roger’s famed home cooking. Can’t wait.

Posted by Hull Bicycle Polo at Sunday, October 26, 2014 No comments: 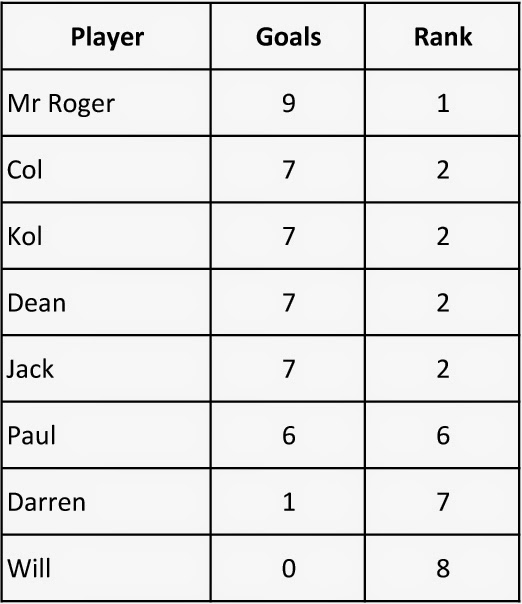 Posted by Hull Bicycle Polo at Monday, October 13, 2014 No comments:

"The Shouty One" Show

Judging by the results it looks like Nick “The Shouty One” won convincingly last week. I was not there so I cannot accurately report on the events of the day but by winning the day on 37 points (17 points more than his nearest rival Mr Roger) and scoring 32 goals it certainly looks like Nick “can do it all by himself”.

A SHARPIE IS NOT THE CORRECT TOOL FOR THE JOB! 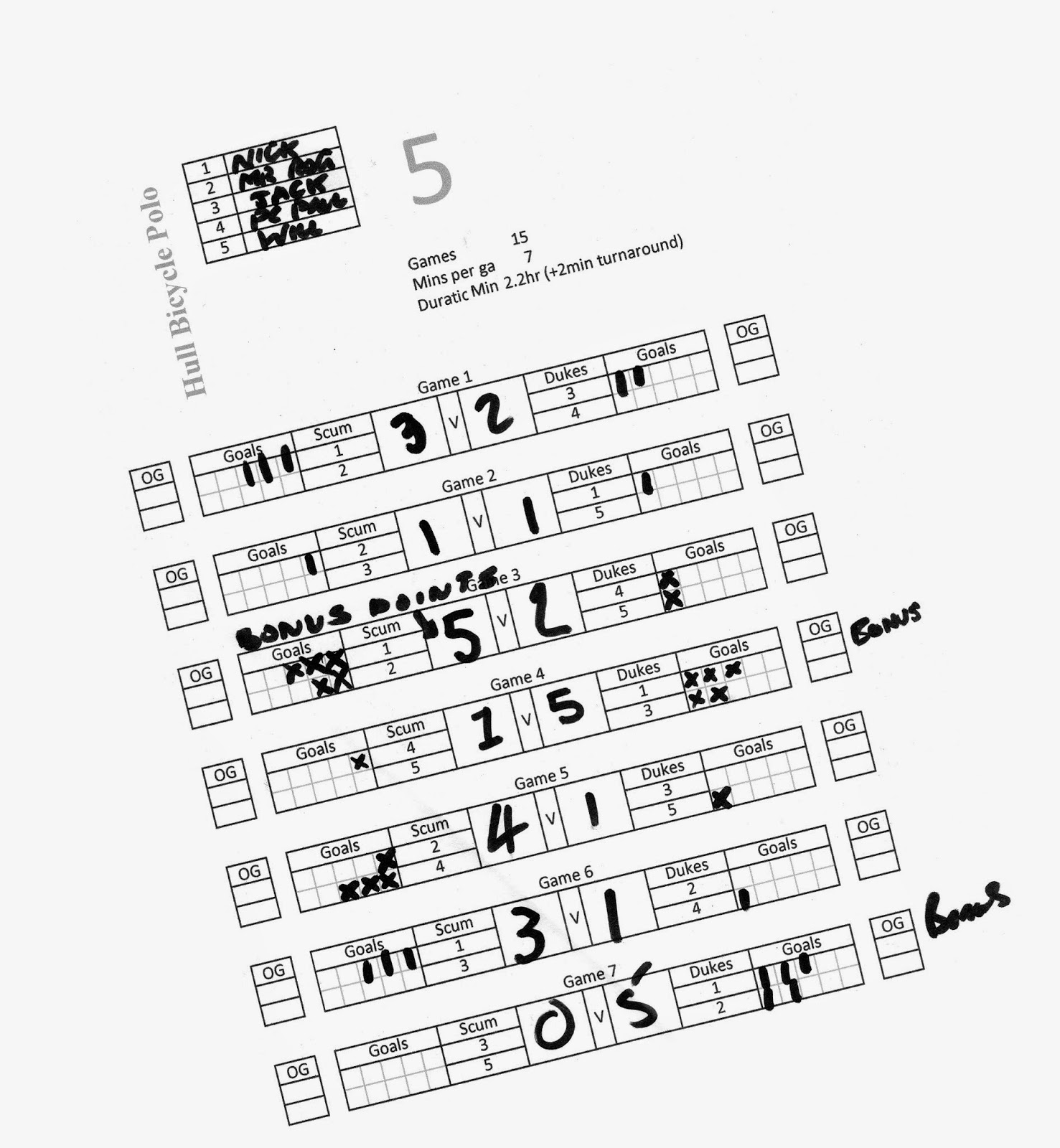 Because A. It is not sharp and B. look at the mess it made.

This week I shall be bringing the correct tool for the job. Maybe a selection of ball point and fine tip pens all of which will easily do the job. 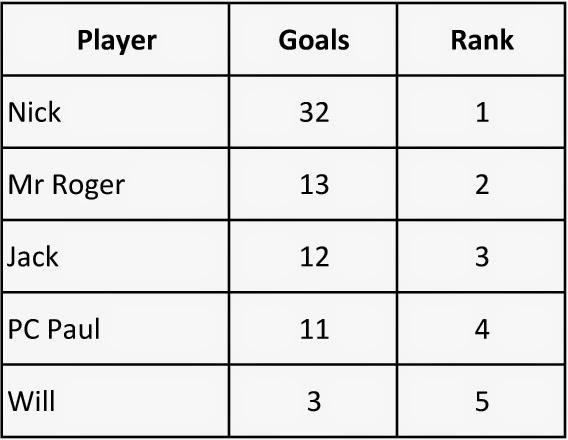 Posted by Hull Bicycle Polo at Wednesday, October 08, 2014 No comments: