What a great end to the season. Well done everyone. 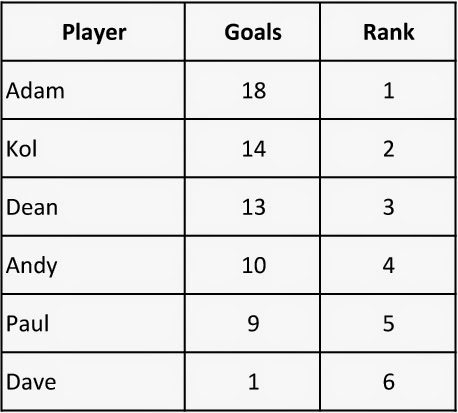 Hot at the Top

Today is the last session of the summer season and boy is it closes at the top.  The “one and only” Mr Roger is currently the league leader with 124 points. He will not be playing today so will his 13 point lead be enough to hold on to the top spot.
With only 9 points separating Andy “Gandhi” (111), Adam “the workaholic” (108), Kol “the statsman” (105) and Nick “the shouty one” (102) it could be anybody’s title.

Andy “Gandhi” in second place has the best chance of  getting to the top but will the pressure get to him. Expect a lot of falling off and grumpiness from the young man today.

Adam “The workaholic” in 3rd place will be fired up today. Definitely one of the most competitive players at Hull Bicycle Polo. Will he pull it out of the bag today or will he spit his dummy out and start quoting rules. “F**k the Rules”.

Last week saw an outstanding victory by Kol winning 8 out of 10 games and drawing the other 2. He went straight from 7th to 4th in the table giving himself a last minute chance at the title. Will he still be on form this week or will he fall at the last.

Nick “the shouty one”, currently in fourth will be disappointed by his poor result last week. Expect some payback this week. We may even see him “do it all by himself”

Even Dean “Double Dean” Dent has a chance of getting into the top 3 today. The statsman has informed us that Dean could also get the number 1 spot but the chances of that happening made the statsman’s head hurt so much that he decided to ignore it.

It’s going to be one hell of a battle so BRING ON THE POLO!!!! 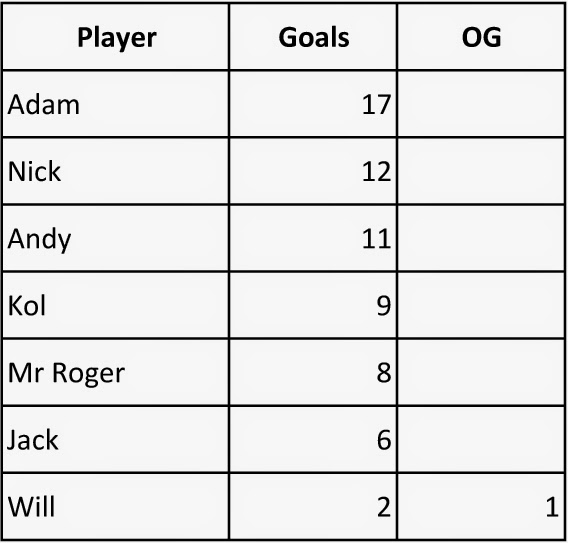 From a Land Down Under

Adam “The Workaholic” had an excellent session last week beating the rest of the players by a clear 4 points and was the top scorer on the day with 14 goals. Some say it was his excellent ball control, some say it was his great teamwork and some say it was his ability to score goals but we all know that it was all down to a great moustache and beard combo with a vest shaped suntan and a belly full of beer that won the day for him. Well done Adam. 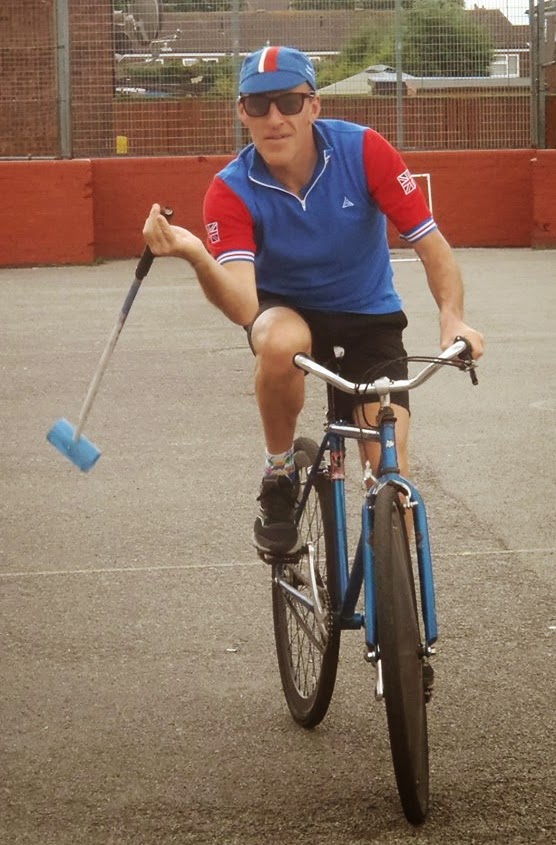 Tim joined us all the way form a land down under. It was his first experience of playing hard court bike polo and after a shaky start he soon got into it. His efforts earned him a well deserved second place and he went straight in to number 2 in the ranking.
Well done Tim. Unfortunately Tim has now returned to Australia and will not be joining us again this week. See you in a few years Tim.

In other news; Nick didn’t play last week due to a boil on his undercarriage. (make up your own jokes),Will “Crappy Foot” came an impressive third, Andy “Gandhi” fell off a  lot,  Young Jack tried hard, Mr Roger was still “The One and Only”, PC Paul wasn’t there, Adam’s suntan twin Kol “The Statsman” was rubbish and Dean “Double Dean” Dent was so disgusted with his performance that he has now left the country.

Another great session. Well done everyone.
Posted by Hull Bicycle Polo at Sunday, July 20, 2014 No comments: 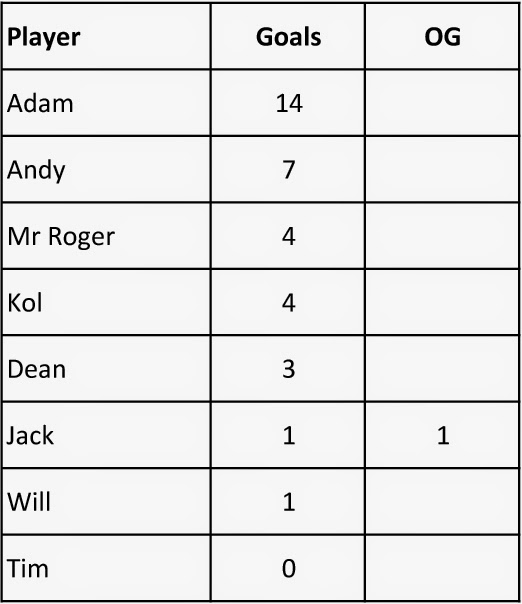 rain |rān|
noun
moisture condensed from the atmosphere that falls visibly in separate drops : it didn’t look good for polo as the rain had not stopped for days.
( rains) falls of rain : the court was washed away by some unusually heavy rains.
• [in sing. ] a large or overwhelming quantity of things that fall or descend : Double Dean fell under the rain of mallards.

PHRASES
“be as right as rain”(of a person) be perfectly fit and well. [not applicable to bike polo players]
“when it rains it pours”. [Usually a negative response to the weather. A bit like Adam’s when he is losing]
"rain bikes and mallards". [ORIGIN: origin uncertain; Believed to be first said by Kol as he lay under a heap of bikes, players and mallards after an spectacular crash]
"rain on someone’s parade" informal prevent someone from enjoying an occasion or event; spoil someone’s plans. [what the shouty one does when he wins every week]
( come) "rain or shine" whether it rains or not : Mr Roger rides his bike every day, rain or shine.


"rain something off" (usu. be rained out) cause an event to be terminated or cancelled because of rain : Will was disappointed that the tournament was rained off.
Posted by Hull Bicycle Polo at Sunday, July 13, 2014 No comments: