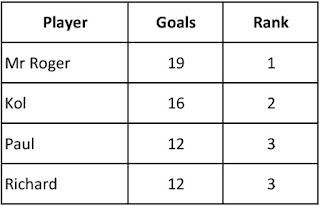 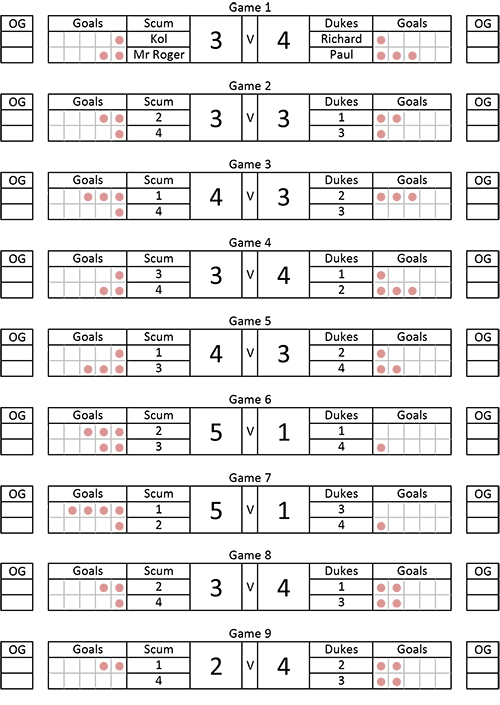 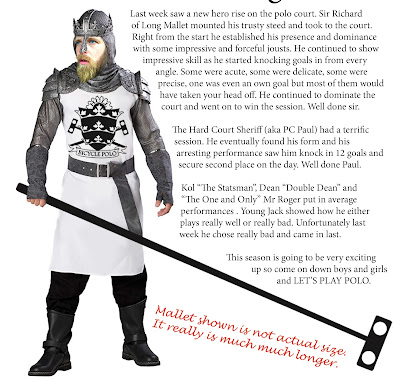 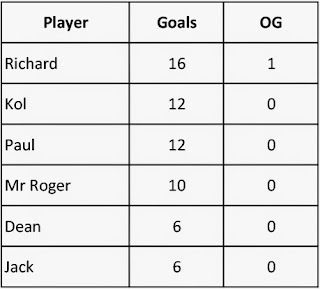 Is Five The New Four?


Last week saw five players turn up for what turned out to be an epic day of bicycle polo.

5 BONUS POINTS
Five of the games played resulted in one team scoring 5 goals. A total 5 bonus points were scored on the day.

5 SECONDS
Dean “Double Dean” Dent was on fire last week and he managed to get a hat trick of “off the joust” goals. Very impressive indeed. More impressive was the fact that he scored each goal in exactly five seconds.

5 GOALS
Dean “Double Dean” and Kol “The Statsman” were teamed up against Nick “The Shouty One”  and “The One and Only” Mr Roger. After Dean scored his “Off the Joust” goal he soon started knocking them in from all over the court. Pretty soon it was 4-1 to Dean (& Kol).
They then decided that Dean was to score the final goal to win the game. This almost went very wrong with Mr Roger and Nick quickly bringing the score back to 4-4.
When the ref (PC Paul) announced that there were only 5 seconds to play after the restart Dean’s Ears pricked up and he announced confidently “This has got my name all over it”. He wasn’t wrong. As soon as the ball crossed the line he took his shot and scored right in the centre of the goal. The game ended with just 4 seconds to play.

IS FIVE THE NEW FOUR?
Over the last few years Dean has always liked the number 4 and always performs better when he is ranked #4 on the day. After last week’s great performance will he prefer #5. We shall soon see.

It is Sunday again so let's play polo.
Posted by Hull Bicycle Polo at Sunday, May 24, 2015 No comments:

Only five players but another great session. 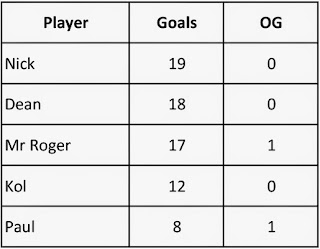 Sun, Goals and a Long Mallet!

In the long history of human kind many of the worlds peoples have made sacrifices to the gods in order to please them. We too of late have been sacrificing ourselves on the court spilling much claret. This appears to have pleased the sun and rain gods as they have been making special arrangements for our Sunday polo sessions.

The first session of the summer season was hot and humid. This combined with an intense session of 2 on 2’s and the occasional hang over made for a very tiring day indeed

5 committed people showed their faces and upon our arrival two local youths bowed to them, picked up their ball and left without so much as a word being uttered. Well done children. With respect like that you may land yourself a job one day.

We had some very enjoyable play indeed between us with some superb moves and goals. PC Paul invented the ‘reversing Hollywood’, Kol ‘The Statsman’, Dean ‘Double Dean’ and Rich ‘Long Mallet’ Franks scored some of the most impossible acute goals ever seen by science and deciding to go a stage further Kol then followed through on the biggest swing ever and destroyed the goal in one fowl swoop leaving it in a concertinaed heap on the floor.

Despite or perhaps because of this unfailing commitment, The Statsman took the day winning 8 of his 12 games putting himself in the top spot. A superb statistic that will please him. Mr Roger although not taking the day, carried his fine performance through from last season and put an astonishing 19 goals past the rest of the players. He really is the ‘one and only’ and seems unstoppable with his goal scoring. In other news Rich has a massive mallard that is disrupting everything!

It’s Sunday. The top spot is there to take. Let’s polo.
Posted by Hull Bicycle Polo at Sunday, May 17, 2015 No comments:

I thought it would be interesting to see how the individual teams performed yesterday. So here you go.

What a great start to the season. Only 5 players so a lot of 2 on 2 action. It was fun. 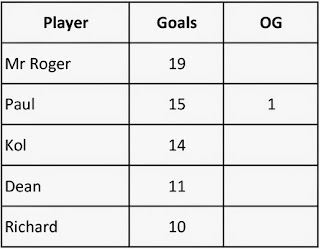 The Summer Season Is Here

Last week saw the end of season “Sunday Funday” and it certainly lived up to its name. After raining all morning the skies cleared just in time for an epic afternoon of bicycle polo fun and frolics. There were several “Throw-Ins” and a few rounds of  “Bottom Bracket”, “Upsy Downsy”, “Knife Fight” and possibly the most confusing games of “Tap Out” ever.

Although it was a “Funday” it did get a bit physical at times. Kol “The Statsman” and Adam “The Workaholic” had a minor coming together against the wall which was soon resolved with some gentlemanly apologies form both parties. Confused by the lack of interest in their actions from the other players they turned round to find Dean “Double Dean” Dent and Richard “My Brakes Work” Franks tangled in a “clusterf**k” of bikes and bodies. It seemed to take an age to release them from their embrace but they both survived apart from Richard leaking blood from his elbow.

As agreed the Polo gods did a good job of holding off the rain and even the Sun gods got in on the act and turned heat up on the big orange thing in the sky up to full for the afternoon. This did make a lot of the players leak a bit though. The weather stayed fine until exactly 5:30 giving the players enough time to get home or to their favourite drinking establishment. At 5:30 all the water in the whole world fell from the sky.

All in all it was a very fun day indeed.

This week sees the start of the Summer Season. The “One And Only” Mr Roger won the Spring League and Nick “The Shotuy One” was the #1 ranked player. Expect new challengers for the top spots this season. After only his first season Richard has shown the potential to be a contender. Dean “Double Dean” Dent is always in the mix especially when he stops spinning in circles and gets on with the game. If “Guiness Dave” learns how “not” to fall off he could be up there with the best. The ever improving PC Paul is also a threat to the top players and even “Young Jack” stands a very good chance if he  just concentrates and doesn’t have a nap during the games.

It’s going to be an exciting season so BRING ON THE POLO!
Posted by Hull Bicycle Polo at Sunday, May 10, 2015 No comments:

After promising to be lacklustre turnout what with Mr Dolphin and Mr Roger being on the heart of the wolds sportive, last week saw the return of two things. Firstly Andy “Gandhi” from that there York with his fashionable hair cut and secondly the elusive orange thing in the sky. Both were welcomed with open arms and contributed to what turned out to be a great session.

Right off the bat Andy “Gandhi”  got back to his usual tricks and started to fall off (ripping his sisters jeans) but considering he had a very long break played very well indeed. Kol “the statsman” tried his hand at some extremely long range shots, Young Jack played an extremely cool calm and collected set of Games (he may have actually been asleep for most of it) and Richard “whipper” Franks had another extraordinarily good session considering his short career.

Mr Roger even turned up for some refereeing action laying down the law, mocking the players and getting in the way - a lot. All in all it has to be said, it was an extremely enjoyable session.

The overall victory for the day and indeed the top goal scoring honours went to a beard with a man called Adam attached. To be honest he smashed it. Nobody even came close. A top notch session indeed

Last week was the last session of the Spring Season and the “One and Only” Mr Roger’s absence did not stop him taking the top spot winning by 9 points. Nick “The Shouty” held on to second place and Kol “The Statsman” scraped into third spot. A well fought season. Well done everyone.