The Return of Andy "Gandhi" 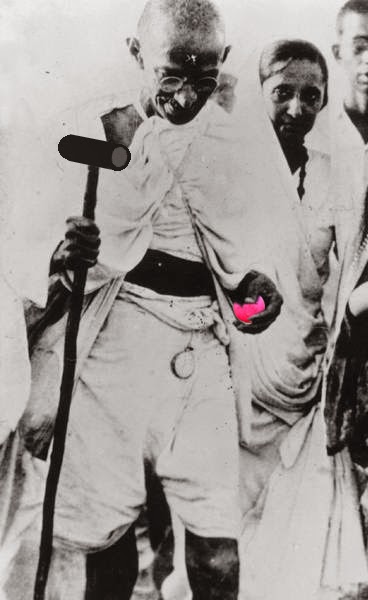 After slumming it at university in York for the last few months, Andy “Gandhi” returned to the court for our pre-christmas session. He certainly hadn’t lost his knack for bike polo and soon got into the swing of things and scored two well composed goals in the first game. He soon got back into his old ways though and very quickly took Nick “The Shouty One” off his bike with a mallard right through his bottom bracket. Some excellent passing moves and great goals saw Andy come 3rd on the day just outdone for 2nd by Kol on goal difference. He was also the top scorer on the day knocking in 11 fantastic goals. Well done Andy it was great to have you back on the court.

Kol “The Statsman” seemed to develop a shooting stutter on the day. A static ball inches from the goal line and no-one else around. How could he miss. Flapping around like a one winged duck he made at least 6 attempts to hit the ball before it was cleared by a defender.  A very embarrassing situation for "The Statsman". Unfortunately his embarrassment continued as he did exactly the same at the other end of the court later in the session. He was even further embarrassed when “Young Jack” tried to ram his handlebars up his bum but that’s another story.

Today sees the last session of 2014 and despite the “End of the World” reports of snow it looks like we are going to have a sunny but chilly session.  Who’s going to have a “cracker” of a day and who will get “stuffed”.

BRING ON THE POLO!

Posted by Hull Bicycle Polo at Sunday, December 28, 2014 No comments:

What a great day. Well done to Nick on his first win of the season and it was good to see Andy Gandhi back in the saddle. 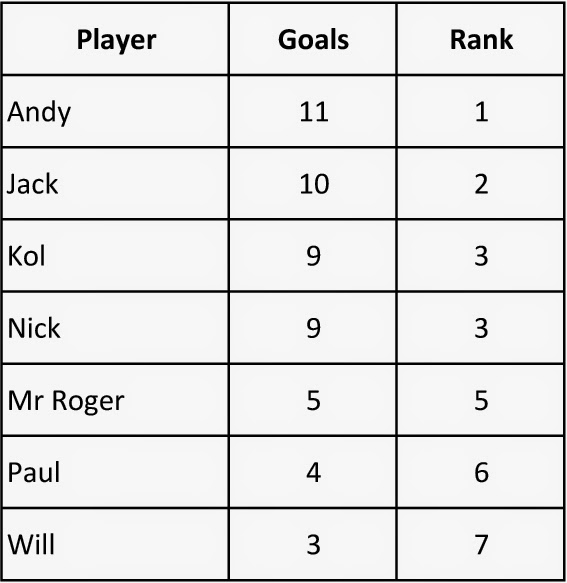 Posted by Hull Bicycle Polo at Monday, December 22, 2014 No comments:

It's the last Sunday before Christmas so come on down and LET'S PLAY POLO! Cheeriness and Good Spirits required... Christmas jumpers are optional. Welly Lane hardcourt 2pm. Everyone welcome. Posted by Hull Bicycle Polo at Sunday, December 21, 2014 No comments: 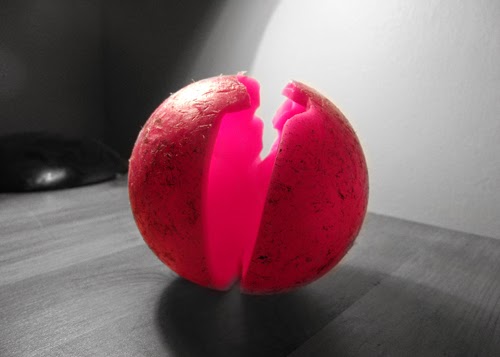 Let’s hope for more players this week. BRING ON THE POLO!
Posted by Hull Bicycle Polo at Sunday, December 14, 2014 No comments:

Only four of us but a cracking session 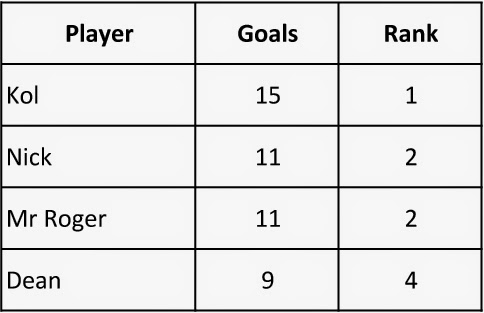 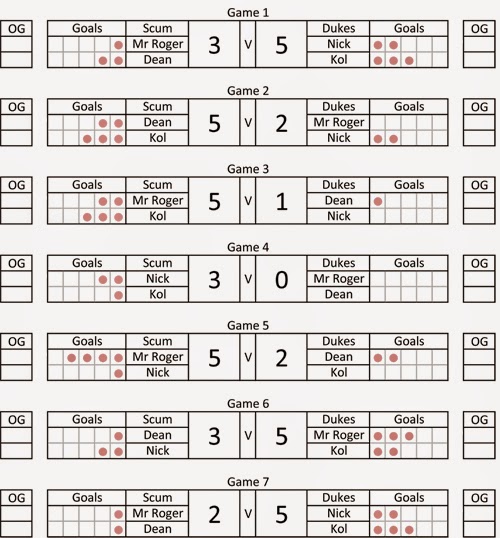 Posted by Hull Bicycle Polo at Thursday, December 11, 2014 No comments:

Acute Goals, No Goals & Own Goals

Last week saw a lot of very impressive goals. Will ”Crappy Foot” soon set the standard and showed a lot of composure as on two occasions he calmly slipped the ball into the back of the goal from a very acute angle. Excellent goals Will. Well Done!

Will was on a roll and he soon turned his hand to goal spotting. A cracking shot by “The Shouty One” saw the ball scream towards the goal. It was such a high paced shot that it was difficult to see if it had gone in. Nick was confident and none of the other players disagreed but Will called a No Goal (How Rude) stating that the ball was over the bar. The crowd went silent (well the kids stopped screaming for a moment). A controversial decision indeed. Maybe its time we got some goal line technology or maybe just some nets.

Kol managed to score the most impressive own goal ever in Hull Bicycle Polo’s history. A super powerful shot from the half way line saw the ball blocked on the goal line by Nick’s front wheel. Unfortunately for Kol he had hit the ball so hard that it went flying past everyone and back down the other end of the court and straight his own goal. Even Dean “Double Dean” Dent in super fast mode couldn’t catch the ball.

Kol did partially redeem himself later with the goal of the day. A perfectly weighted cross from “Double Dean” to the centre of the court followed by a first time strike from Kol saw the ball fly into the back of the net. A great goal but everyone will remember the day for Kol’s own goal.

In other news; PC Paul on returning to “Bag Corner” after a game managed to fall off his bike. ??? Mr Roger’s chain snapped and he had to play the last game on Double Dean’s bike. “The only Fixed Wheel bike in the village”. Young Jack “The River Horse” had a mood swing and went from overly giggly at the start of the session to extremely grumpy at the end.

Once again it was another great session. Well done everyone.

Posted by Hull Bicycle Polo at Sunday, December 07, 2014 No comments: