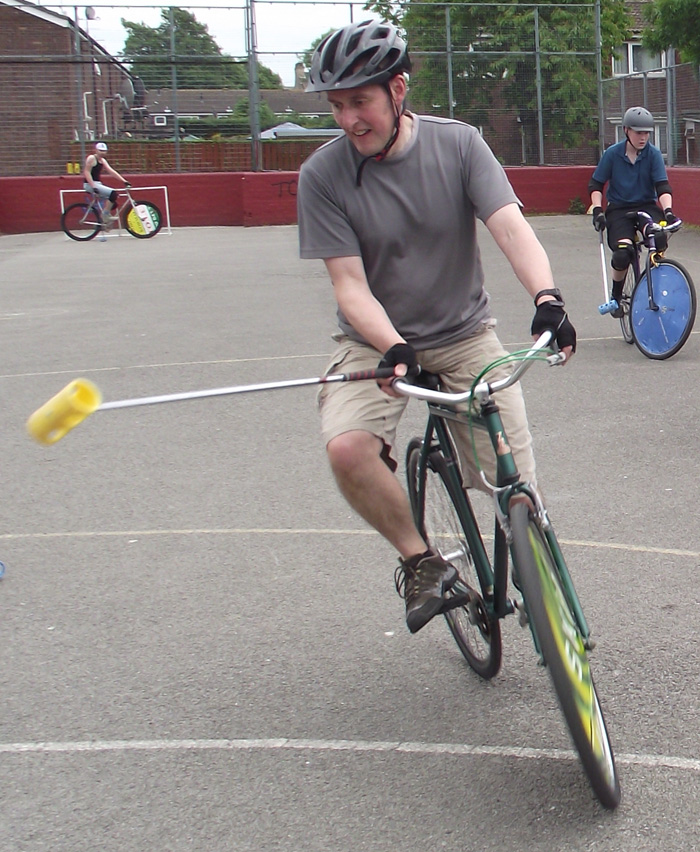 Last week saw an excellent effort by Mr Roger and Big Red. It all came down to the last game of the session. A win for Big Red would have seen him win the session with a clear six points. Mr Roger’s team beat Big Red’s by 2 goals to nil which tied them on points. Mr Roger only just took the #1 spot on goal difference.
Unlucky Big Red.... One week you will be #1.

“He’s not going to be happy with that!”. Nick currently sitting at #1 in the league had a terrible week. Only winning 3 out of 8 games and coming in 4th on the day. Watch out peeps I’m sure he will be all fired up today.

Kol made his return from injury last week All his promises of not being grumpy and controlling his temper went out of the window when he started up throwing his bike and mallet all over the court. Kol has made no promises this week so expect more of the same.

Dean “Own Goal” Dent had a nightmare of a session. He possibly scored more goals than anyone else, but unfortunately most of them were in his own goal. An unexpected back pass left his team mates in disbelief as the ball charged straight through the centre of the goal. If it had been an attacking move it would have been a most excellent goal ..... but it wasn’t.

Watch out Jack’s back.


Need I say anymore. Unfortunately I’m not allowed to say anymore. He has taken out a Super Injunction preventing anyone commenting on his recent social networking activity. Come on Jack lift the Super Injunction. You’re killing me with all this silence.
Posted by Hull Bicycle Polo at Sunday, July 07, 2013